We have just held our annual carol singing event at the mainline stations.

This year, for the first time, both clubs were located at their own stations.

The Vets Club was at Raynes Park station. It's the second year that we've been here and the public seemed to enjoy our usual repertoire of carols and songs. Member Stanley was our Noddy Holder, shouting out the "It's Christmas!" line during "Merry Christmas Everybody".

The carol singing is a tradition that we've been doing every year since around 2004. As well as a way to raise vital funds, it's also a great way of meeting the community - and them getting to know us!

Meanwhile, one stop down the line, the Juniors Club was at Wimbledon Station. The Juniors now have their own set of songs and have been practising for some weeks, led by choir master Richard.

Both the Squad members and volunteers had a fantastic evening and both events were thoroughly enjoyed by the public.

After counting and banking the takings, we raised a phenomenal combined total of £885!

A special thanks to volunteer Elliott who came to take professional photos of the Vets Club. 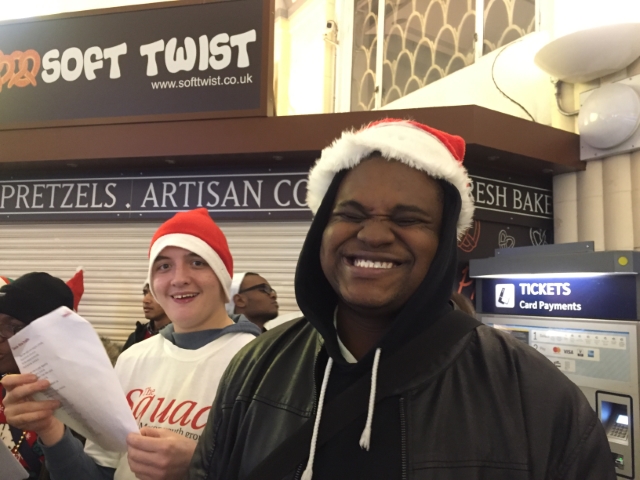 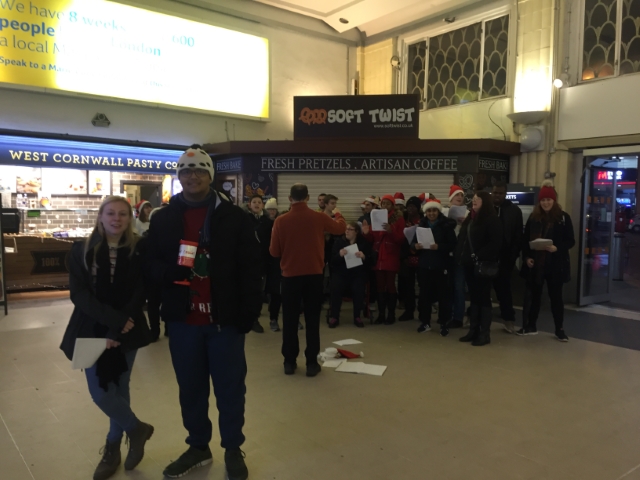 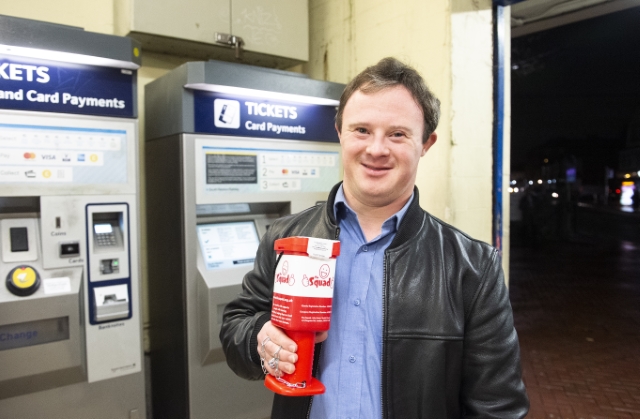 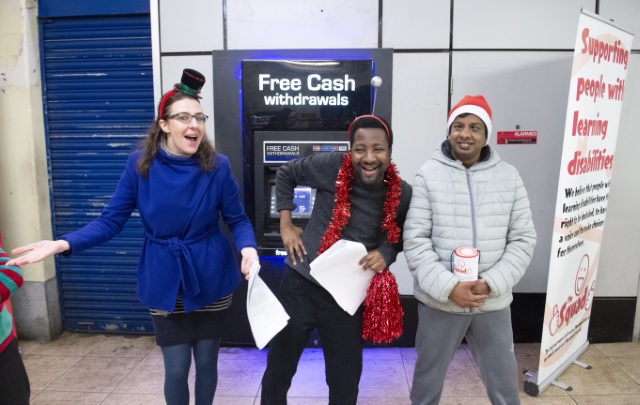 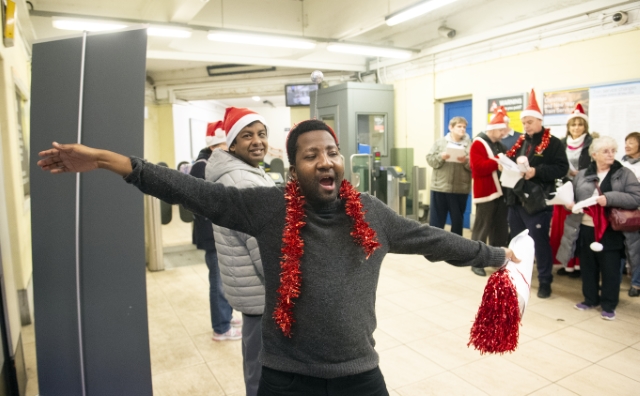 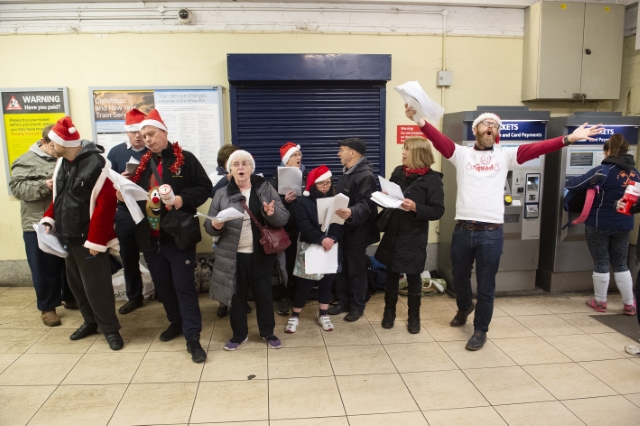 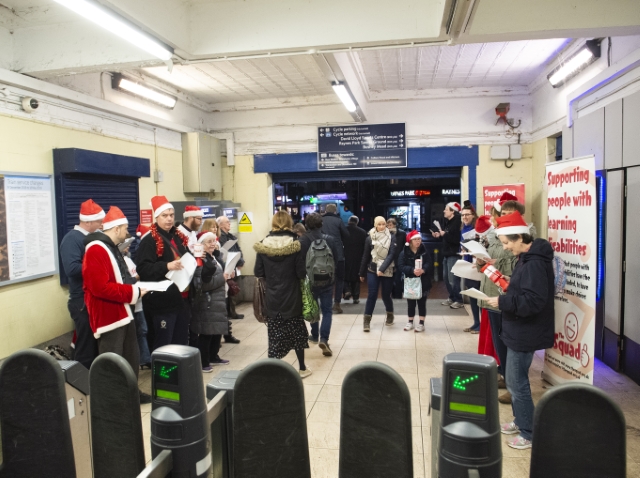 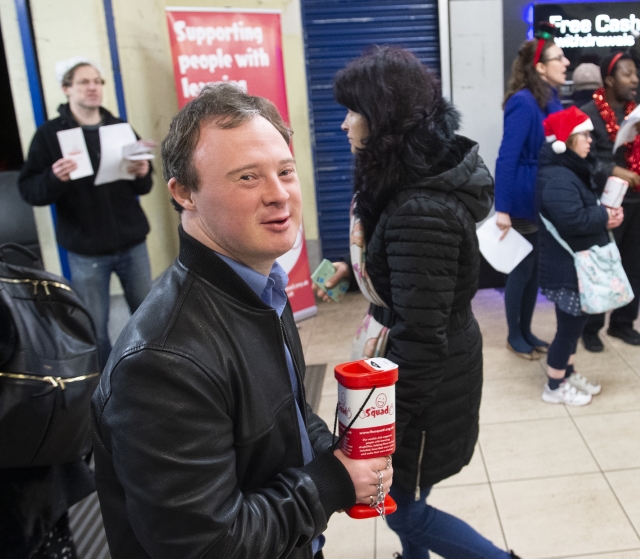 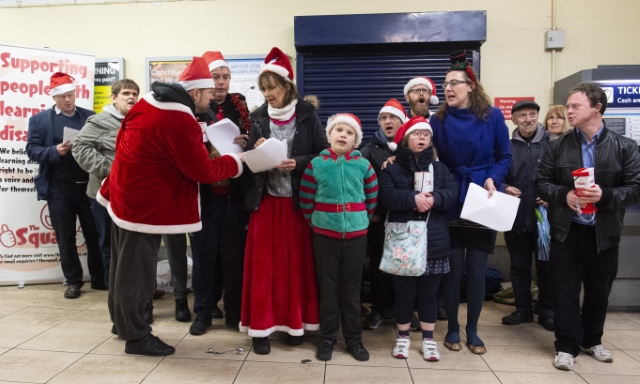 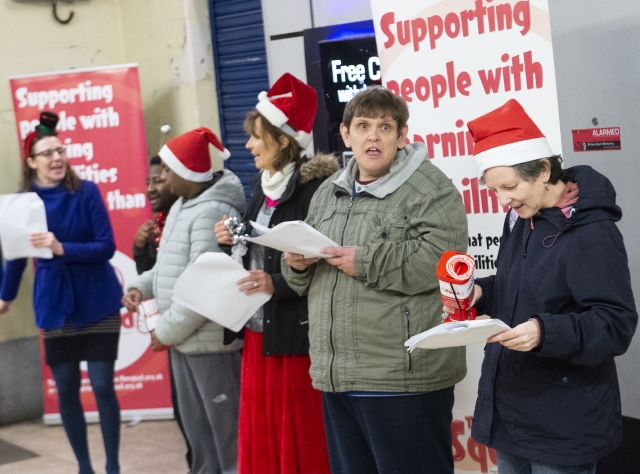