Eric Richardson, has been named as runner-up for the Merton Volunteer Partnership Volunteer of the Year 2016! Everyone at The Squad is very proud of his fantastic achievement. Eric was short-listed from a large number of applicants and was one of only 4 runners-up amongst the 35 finalists. He was presented with his award by the Mayor of Merton, Councillor Brenda Fraser, at an awards ceremony on 8 June. Some of our trustees, members and volunteers also attended, including Ivana Orsinova, Vets Club leader who nominated Eric. They all celebrated Eric’s achievement alongside his family and also manned a stall showcasing The Squad’s work. 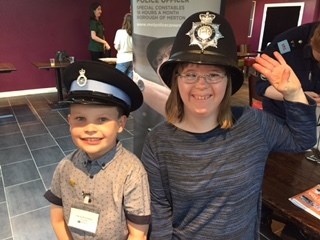 Eric has volunteered at The Squad for 19 years and Ivana decided to nominate him for his tireless dedication. She said: “Eric brings buckets of enthusiasm, great sense of humour and a can-do attitude to every session. Eric throws himself into any activity, and makes it fun and engaging. On Thursday nights, you could find him flipping pancakes with Members, laughing with Members over a drink and a board game in a pub, assisting Members to board the bus or train safely so they can access places of interests, act as a Quiz Master or talk to Members about the importance of voting! The list is endless He ensures that less verbal Members get involved and their voice is heard. I nominated Eric to celebrate his 19 years of helping others. “ 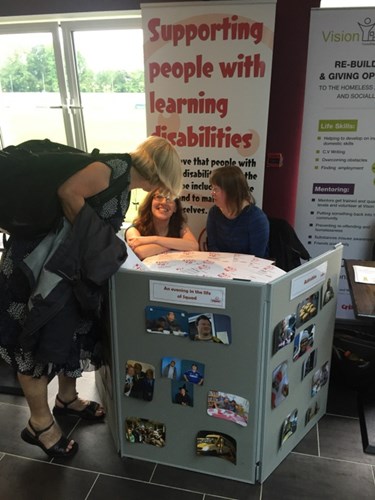 Eric reacted in a characteristically humble way saying: “There were some truly inspiring stories connected to all of the winners and runners up. It is a great honour to have been named as runner up for the Merton Volunteer Partnership Volunteer of the Year 2016. I get to come to the Squad and spend time with some great people and do some fantastic things every Thursday night. I feel like I win the top award every week! “

Well done Eric and a big thank you from the trustees and club members to Eric and to all our volunteers who work hard to make The Squad such an inspirational and fun club. 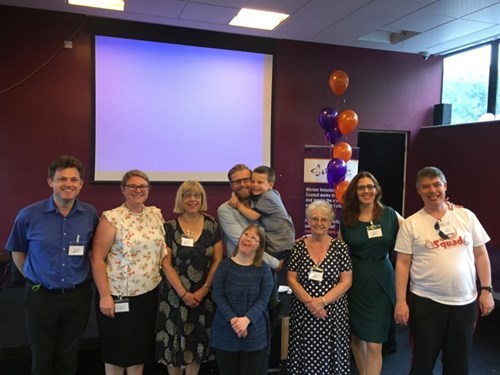 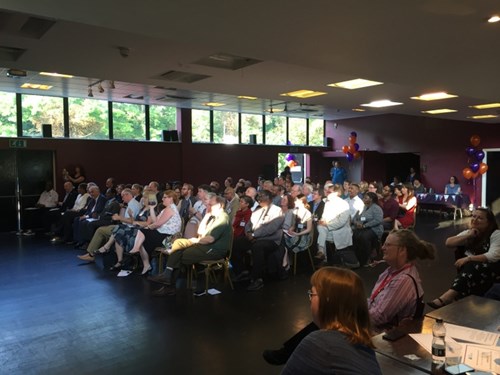 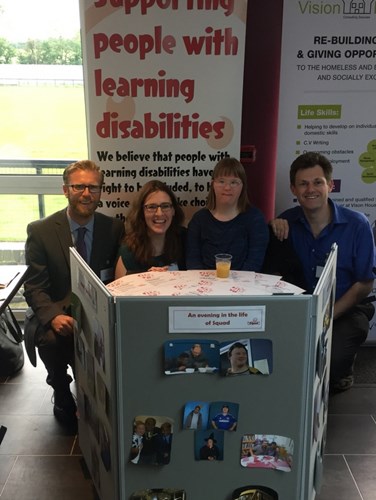 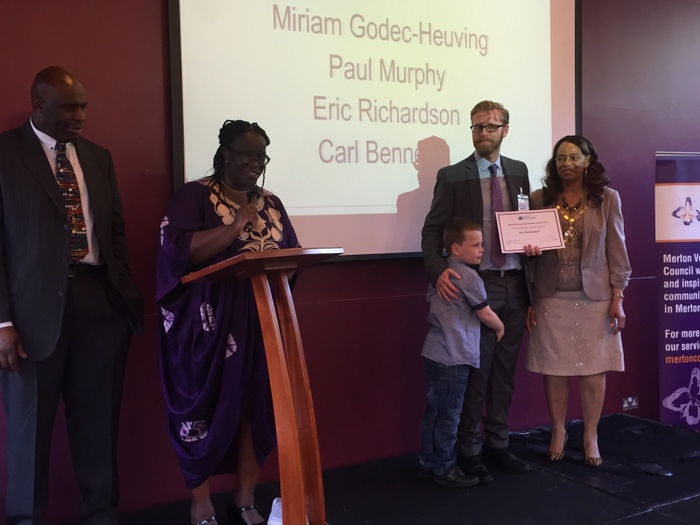